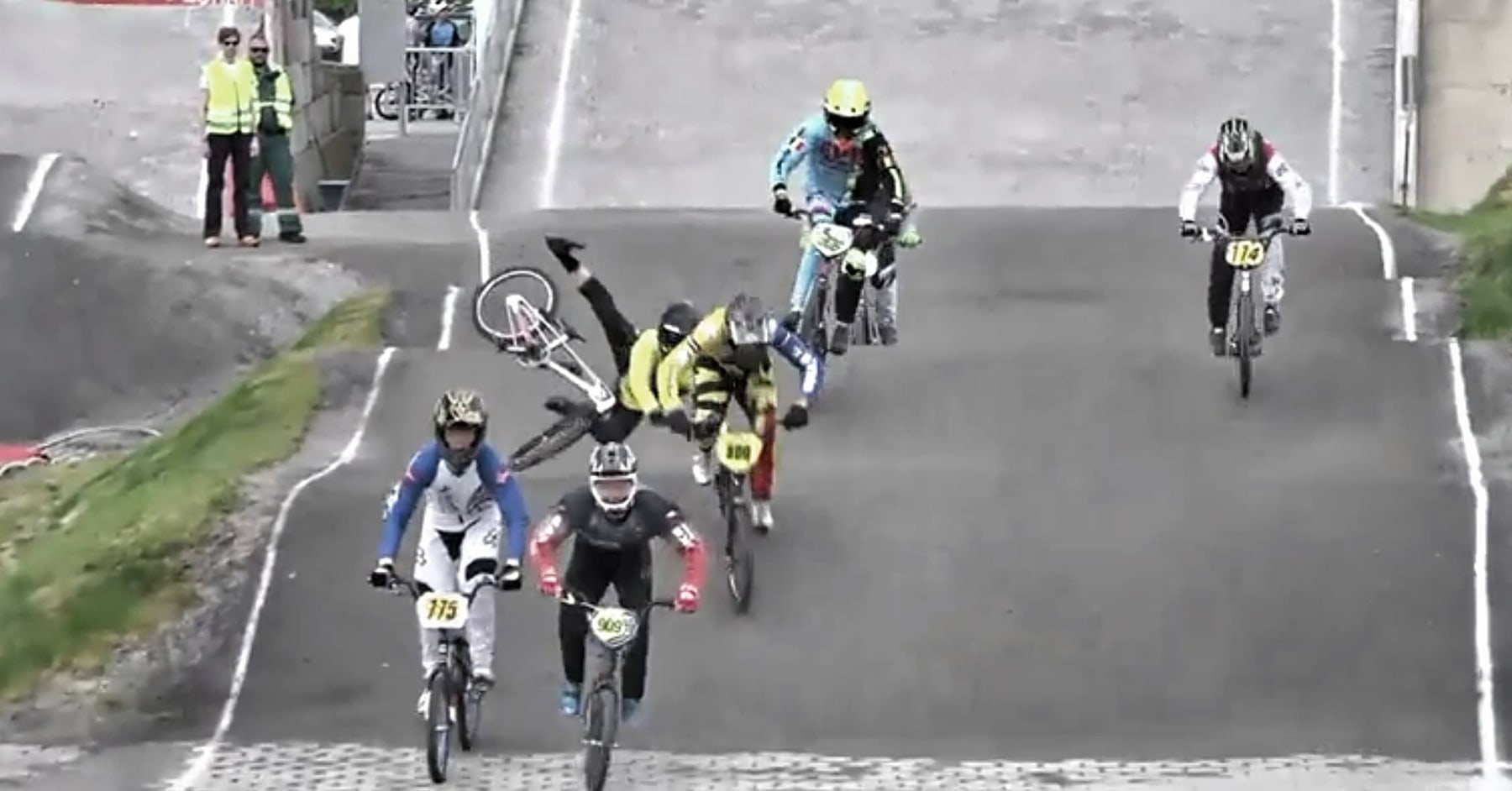 I’ts been 4 days since I raced the european cup in Norway for the national team so I thought it was time for a little update. I was pretty happy with my riding overall but there are some areas I need to improve on. The first heat started with a crash (photo on top) but after that everything worked out pretty well for me. After 2 good heats I qualified for the semi final. But it was really tough, with a lot of tight racing I ended up with a 6th spot so unfortunately no final. But I was still  satisfied with my riding which is the most important thing for me. Moving on to the next day I was prepared and was aiming for the final. With 3 solid laps I qualified for the semi. This time I didnt have a good gate so I knew I had to race smart to pass the guys in front of me. I hesitated to much in the corners which made me loose the final spot… I have taken a lot of good stuff with me from this weekend but most importantly I know what I need to work on. Its now 1 and a half week until the Swedish championship and this is my year to take the gold. Im now training and improving more than ever to be as prepared as possible for the upcoming races.